This blog first appeared on www.navysports.com.

Blakeney dispensed a list of shortcomings, before interrupting himself to utter something of an afterthought.  There was one area, he conceded, in which the Trojans were somewhat respectable.

“Getting off the field (on third down),” says Troy head coach Larry Blakeney, “is what defense really is all about these days.”

So this is where we are today in college football.  Understand that offenses are going to get theirs.  Just try to get enough stops to give your offense a chance to get more.

A few days after Blakeney’s remarks, Troy gave up a still-sizable 487 yards and 31 points to the Midshipmen.  But by forcing punts on Navy’s first two possessions, Troy raced ahead, 14-0.  After the Mids fumbled at the Trojans’ 2-yard line, Troy made it, 21-0.

The defense did enough, as the offense built a lead that proved insurmountable.  Navy drew as close as three points, with possession, at 31-28, but never overcame that early multi-score deficit.  The final was 41-31.

As much as such a result might offend purists who prefer low-scoring sparring matches, 72 total points is relatively tame in comparison to many 21st-century outcomes.

Rest in peace, Woody (“three yards and a cloud of dust”) Hayes, as difficult as it may be.  And you too, Darrell Royal, the recently-departed ex-Texas coach who popularized the wishbone decades ago.  It was Royal who cautioned, “I’ve always felt that three things can happen to you whenever you throw the football, and two of them are bad.” 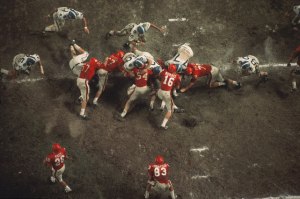 Offense has evolved a long way from the days of “three yards and a cloud of dust.”

Well, in this day and age, there are few who see the game the same way.  Most teams are willing to throw caution to the wind — out of the spread, of course.  Why, even run-first offenses are lighting up scoreboards.

If you’re a scoreboard watcher, be sure to read the fine print when eyeing the updates that scroll along the bottom of the television screen.  It can be quite confusing.

For example, two weeks ago, perhaps you wondered:  Was that 62-51 loss for USC to Oregon in men’s or women’s basketball?  Uh, neither.  Those were the football Trojans — not to be mistaken for Blakeney’s.  Despite being directed by a Super Bowl-winning coordinator, Monte Kiffin, they were gashed for 730 yards.

The school that turned out legendary defenders like Ronnie Lott, Junior Seau and Troy Palamalu, never before surrendered so many points and so many yards.  It started playing football in 1888.

Six seasons ago, the Midshipmen prevailed in the most prolific match-up in Division I history, outscoring North Texas, 74-62.  The record they share with the Mean Green was threatened on Sept. 29, when — in a pairing of then Top 25 teams, no less — West Virginia beat Baylor, 70-63. 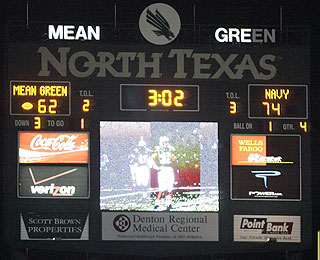 Current head coach Ken Niumatalolo was an assistant to Johnson when Navy outlasted North Texas in November of ’07.  Since experiencing the sublimity of 136 total points in a single game, he’s seen the numbers become more and more ridiculous.

What used to be an anomaly isn’t so unordinary anymore, as teams continue to spread the field and expand the playbook in their race against time.  Thirty-five times this season, a team has scored at least 60 points.

“Just the hurry-up, no-huddle offenses, what they’ve allowed people to do is (get) more plays off” Niumatalolo said.  “Normally people have run anywhere between 60 and 70 snaps.  Now guys are getting in the 80’s and 90’s and, sometimes, 100 snaps a game.  Just those 30 more plays allow for more scoring opportunities.  It wears your defense down and lends itself to higher scores.”

Niumatalolo should know.  In October, he prepared the Mids for Indiana, which averaged 86.3 plays per game during a three-week stretch in September.  Before last Saturday, he and his staff scouted 99 offensive reps for Troy at Tennessee, as well as 102 in an earlier loss to Louisiana-Lafayette.

Offenses are gaining an increasing advantage over defenses not merely because of the number of plays.  The more plays, it seems, the more personnel groups and more formations they make you deal with.  All while forcing you to cover more of the field.

It’s stressful enough trying to keep up with offensive substitutions from the stands or press box (just listen to last week’s Navy radio broadcast; on second thought, don’t).  For defensive coaches and their players, they not only have to identify who’s shuttling in and out; they have to keep up with them.

If, for instance, an offense hurries to the line in a formation suggesting run or pass, does the defense have time to counter with appropriate personnel?  Often, they don’t. 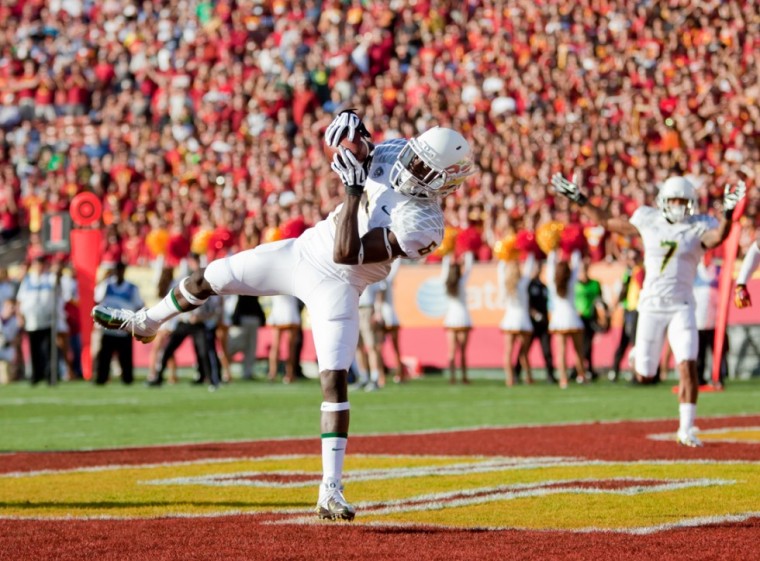 Oregon recently beat USC by a very basketball-like final of 62-51.

Prepping for Indiana, Niumatalolo was very concerned.  The Hoosiers snap the ball quickly, about every 20 seconds.  The Mids substitute freely, constantly rotating on their defensive line.

“It complicates it a lot, because they go so fast,” he said of the looming matchup.  “ We’ve got to be really precise and organized in some of our substitution patterns.  It’s something that we have to work on and stress.  They put such a premium on their pace of what they do, it makes it hard.”

Navy eventually caught up, and beat IU, 31-30.  Niumatalolo expects defenses in general to catch up too, and stem this present-day offensive wave.  When they do, he suspects in time — naturally, sooner than later — offensive strategists will figure a way to forge back in front.

Long before that happens, his Mids host Texas State this Saturday.

The Bobcats are under Dennis Franchione, who first visited Navy-Marine Corps Memorial Stadium as the coach of TCU’s LaDainian Tomlinson in 2000.  His offensive style differs from what Navy dealt with at Troy.  Balancing the pass with the run, TSU is reliant on the zone-option read.

That doesn’t mean the Bobcats can’t put up Trojan-like numbers.

This score with 67 second left held up for No. 19 Louisiana Tech against Texas State on Nov. 10.

Granted La Tech is a sieve.  At 9-1 and ranked 19th in both major polls, the Bulldogs somehow manage to overcome a defense that gives up 505.7 yards and 36.2 points per game.

Nevertheless, on their drive to 55, the Bobcats covered 577 yards, including 134 by former Navy slot back Marcus Curry.

Of their eight touchdown series, just one lasted longer than 2 minutes, 16 seconds — it took all of 2:53.

Texas State also converted 9-of-15 third-down attempts, plus its lone fourth-down try.  That’s a rate of 62.5 percent on those two downs.

The Mids will need to lower those numbers.  Because as Larry Blakeney reminded us, in this age of offense, getting off the field on defense is all that matters.